Gender Parity: And the Winners are…. 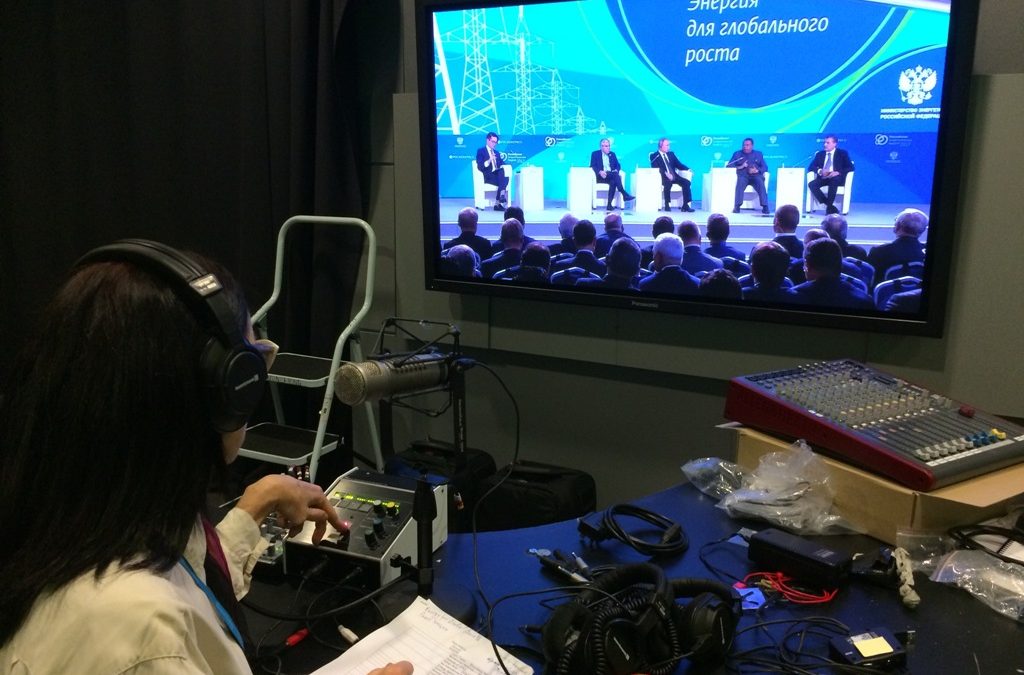 With gender parity as one of today’s hottest issues and in the run up to the International Women’s Day, I would like to report that there is at least one branch of industry where everything is hunky-dory on the equality side. This remarkable exception is called “conference interpreting”. Indeed, to paraphrase George Orwell, in our farmyard women are more equal than others. We are in overwhelming majority here!

It certainly did not begin that way. “If any man speak in an unknown tongue let it be by two, or at most by three … and let one interpret”, St Paul ordered in his first Letter to the Corinthians (14:27). It would take the wildest of imaginations to see a woman involved in that scenario. 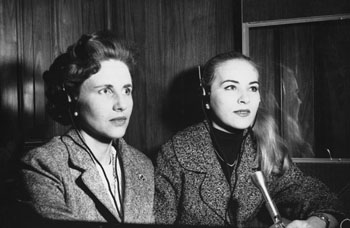 The Nuremberg Trials appear to have started the trend that snowballed into the current situation. One of them shows five women, wearing large but very becoming headphones, in the interpreters’ enclosure alongside seven men.

And here we are. The ratio of female to male interpreters worldwide today is about 3 to 1. In the UK, among the 129 active members of the International Association of Conference Interpreters (AIIC), men can comfortably be counted on the fingers of two hands, i.e. account for less than 8%. While at Conference Interpreters UK (CIUK), the male contingent is down to 3%! 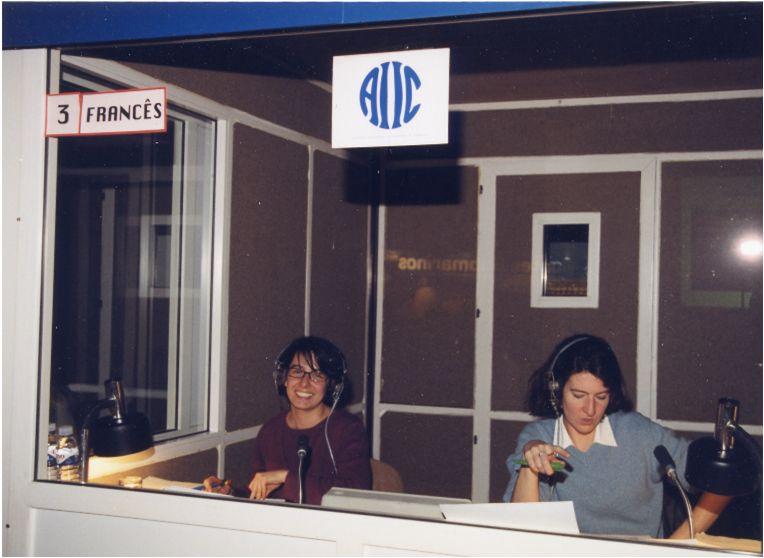 Do we see a cause for celebration herein, you may wonder, surely there are quite a few other female-dominated professions? Absolutely! Three, and more, heartfelt cheers to all of them!

However, according to the data published in Business Insider UK, interpretation is not on the list of 20 “pink-coloured jobs” as economists have nicknamed occupations where women constitute a majority and which men shun, unable to face the social stigma associated with “women’s work”.

“The world’s most powerful computers can’t perform accurate real-time interpreting of one language to another. Yet human interpreters do it with ease.”

An article published by Mosaic and reproduced on the BBC website opens with: “The world’s most powerful computers can’t perform accurate real-time interpreting of one language to another. Yet human interpreters do it with ease. Geoff Watts meets the neuroscientists who are starting to explain this remarkable ability.” The journalist sat with interpreters in their booths at a UN session where he “watched something both absolutely remarkable and utterly routine…Executing it required versatility and nuance beyond the reach of most powerful computers. It is a wonder that her brain, indeed any human brain, can do it at all,” he gushes.

The three interpreters who inspired the journalist’s article are AIIC members. Two of the three are also members of Conference Interpreters UK. (I will leave the curious reader to discover their names at http://www.bbc.com/future/story/20141117-the-ultimate-multi-taskers .)

Connoisseurs compare the degree of concentration required from conference interpreters and adrenaline levels while performing in the booth to those of neurosurgeons during operations and fighter jet pilots in the air.

According to rough estimates 19 of 20 neurosurgeons are men and the military jet cockpit – no relevant data yet – is likely to be at least as male dominated, the gender gap in both cases being blamed by 21st century scientists on psychology and sociology.

” It is a wonder that her brain, indeed any human brain, can do it at all”

Why then does conference interpretation, métier no less demanding psychologically and sociologically (factor in the jetting round the world and all too frequent absences from home of an AIIC interpreter), so blatantly favor us women? Loath to bore you with my own homegrown theories I would like to refer you, once again, to Geoff Watts’s insights. Talking about professional simultaneous interpreters, he notes: “they are good at ignoring themselves”.

Wouldn’t you say that women are generally better at that?

Anyway, it is hardly worth splitting hairs over why today, women spectacularly prevail on the conference interpretation patch.

To all my amazing colleagues,